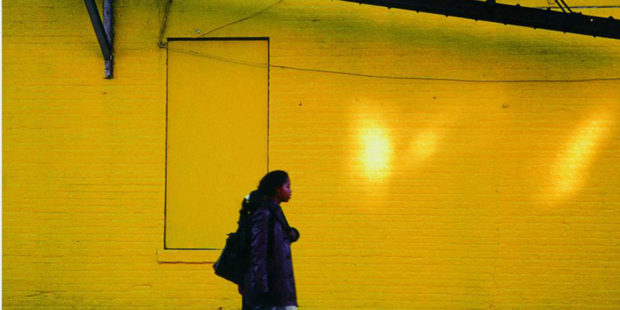 There is no doubt that Jean Baudrillard, just like Derrida, Lyotard, Foucault, Virilio, Lacan and Deleuze, is one of those French philosophers whose theories had the most influence worldwide in the second half of the 20th century. However, Baudrillard stands out from the others as his writings, especially during the eighties, had such a direct and momentous influence on the development of art. Entire schools such as Appropriation Art ranging from Lourse Lawler to Sherrie Levine or the Simulationists ranging from Peter Haley to Allan Mc Collum in New York can be derived from his works.

It would, however, be wrong to draw the conclusion that, because of the major importance Baudrillard’s work had for the art world during the eighties, he would be just the most important philosopher of the eighties, the diagnostician of those times, or the global “fashionable” philosopher of an epoch. We rather tend to agree with Susan Sontag when she states that “in time Baudrillard will increase in significance”.

We will have to get used to the opinion that Baudrillard’s works will assume more importance and become more interesting the later they were published, as the world tends to match its cartography to that of Baudrillard’s work. There is virtually no issue or field of problems deeply concerning our society that was not discussed brilliantly or analysed sharply by Baudrillard, long before other analysts. Years and decades later, his seemingly most provocative ideas on the disappearance of politics, the power of the media, on terrorism, simulation or the consumer society, have proven as being true and precise scenarios, and have almost become common property. Reality has caught up with even his apparently most horrifying theories. But as always, there has been a tendency to mix up the bringer of bad news with the bad news itself. Thus the world ascribed Baudrillard’s negative findings about the world to Baudrillard himself. Baudrillard was declared an enfant terrible, although he had merely analysed les choses terribles — the terrible facts of this world.

Many questions that are repeatedly asked are: “Is Baudrillard a cynic, nihilist, melancholic, fatalist, an agnostic? Is Baudrillard the last human being, just a simulator, a virtual person, a metaphysician or seducer?” All these questions are a distortion, a metonymical act, resulting from this error of substitution, and these questions pertain more to the state of the world itself as described by Baudrillard, rather than to Baudrillard himself. When setting down all his analyses and theories, not only his theories on paradoxical communication and seduction, Baudrillard used an extremely paradoxical and seductive language. The titles of his books and essays:

are not only programme and analysis, criticism and invocation, formula and labelling, but serve also to verify that Baudrillard is not only the author of a prose of ideas, but also of a poetry of thought. Through the virality of his ideas Baudrillard has chastised the state of the world as a dance of fossils, within the horizon of disappearance, as a mirror of production, as a strike of events, as a retro scenario, as the order of simulation, as the end of the social, as a phantom of the will. In a whiplash dialectic of words he has scorned reality, the reality that is constructed and defended by the ideological instances of politics (in the shadow of the silent majority) and the media (requiem for the media). Against the dictatorship of stabilization he has hurled the notions of hyperreality, the precession of the simulacra, the agony of the real. In a highly suggestive language he has undermined the prison of the social and the status quo, he has drawn and held a prospect of lines and points of flight.

Despite his academic education and career as professor of sociology at Paris Université de Nanterre, Baudrillard is inclined to shy away from scientific classification, and describes himself neither as a philosopher nor as a sociologist, preferring the title of theoretician. Regarding his texts, we see him as a magician of language, a poet, and regarding this book, as a magician of images, as an artist. In “Le crime parfait” (The perfect crime) from 1995, Baudrillard states on the artist:

“This is the story of a crime — of the murder of reality. And the extermination of an illusion — the vital illusion, the radical illusion of the world. The real does not disappear into illusion; it is illusion that disappears into integral reality.”, and further “The artist too is also always close to committing the perfect crime: saying nothing. But he turns away from it, and his work is the trace of that criminal imperfection. The artist is, in Michaux’s words, the one who, with all his might, resists the fundamental drive not to leave traces.” According to this comment by Michaux Baudrillard is in the end an artist, because he leaves traces, as his photographies confirm.

I would like to express my deepest gratitude to Jean Baudrillard for granting the Neue Galerie the honor and privilege to be the first to exhibit his photographs, this new aspect of Baudrillard, in a large solo show and in an extensive catalogue.