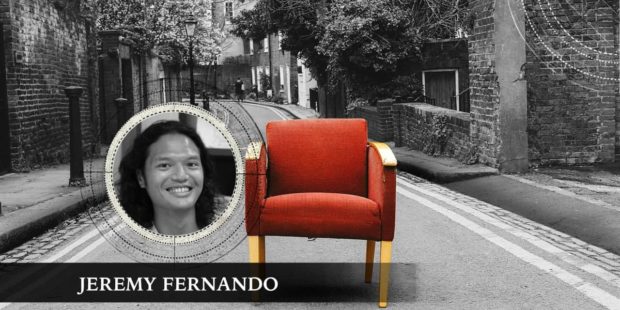 … comes to us, perhaps came to us, is quite possibly always coming to us, from our dear friend, our teacher, to remind us, to quite possibly never let us forget, that

« the whole art is to know how to disappear before dying and instead of dying ».

After all, he be the one who called for a disappearance even before he disappeared. Where, he was perhaps the one who had already disappeared even when he was with us; and now that he is gone, has played the final trick — has had the last laugh, as it were — not by returning, resurrecting, but by completely disappearing.

Leaving us not just with a memory, not just with his thoughts, his writings, but perhaps more importantly, his smile. For, as Marine Dupuis Baudrillard tells Wolfgang Schirmacher, « when I asked why he was smiling, he replied, what else can I do … ».

What else can I do …

… an utterance, his utterance, that comes — I would like to think — not through a want of volition, a lack of choice, but a what else do I do but smile. For, we should try not to forget that he had already — once upon a time — perhaps cheekily, warned us that « nothing just vanishes; of everything that disappears there remains traces. The problem is what remains when everything has disappeared. It’s a bit like Lewis Carroll’s Cheshire Cat, whose grin still hovers in the air after the rest of him has vanished … Now, a cat’s grin is already something terrifying, but the grin without the cat is something even more terrifying … »

Which perhaps opens a question for us — a question that remains with us precisely by leaving, remains in us in its leaving, quite possibly in the moment in which it leaves —, the question of: what is the art of disappearing? For, if art is transformative, brings forth a new possibility, what is at stake is the ways in which disappearing has been changed, the manner in which our friend has altered disappearance. Or, if we want to be playful — and there is quite possibly no approach more appropriate during une fête — perhaps, what he has done is to have introduced us to the notion of appearances as a diss.

Where the art is in making « a final, paradoxical wink — the wink of reality laughing at itself in its most hyperrealist form … irony ».

Where what remains — the grin — is nothing more, and infinitely nothing less, than a grin.

Where, all one can say is: there is a grin.

Even if it well might be — perhaps to our chagrin — his grin.

Which might be why Nietzsche reminds us that you should always beware your disciples. For they may, and inevitably will, forsake you. Not through lack of faithfulness, certainly not for want of trying — but that in trying to interpret you, understand you, they will forget that in attempting to present you, they will always already be speaking over you, whilst quite possibly trying you, putting you on trial. For, in attempting to comprehend, they will always also be apprehending, stopping your movements, your vitality, perhaps your life itself — mortifying you, setting you into stone. Precisely because they will be trying too hard: for, in trying to preserve a tradition, preserve you as a tradition, what they will also be doing is delivering you, handing you over (tradere), and in doing so, be bringing forth the echo of, be ringing the bells of, treason (trair) — in trying to do this in memory of you, in attempting to keep you, hold on to you, all they will be doing is to be making you in their own image; that is, they will inevitably betray you.

Which is not to say that one ignores, doesn’t attempt to attend to, the one whom one likes, admires, reads, learns from.

But, one should try to bear in mind the beautiful reminder of Jean-Luc Nancy that in order to touch, it is space that is first needed. Without which, not only is the other no longer wholly other, but that there is no longer any other.

Which might well be why, another friend, one Sylvère Lotringer, reminds us to

“forget meaning and with it the subject.” For, he continues, “beauty will be amnesiac or will not be at all.”

That it is only in the forgetting — of him, his work, even his thought — that we might be able to catch a glimpse of the beautiful. So, one might have to, quite literally, as the title of their conversation, the name of their interview, implies, perhaps even implores: « Forget Baudrillard ».

After all, a true friend stabs you in the front.

For, this is the risk of having friends.

But perhaps, there is no love without betrayal, no infidelity that does not also bring with it echoes of, hopes of, a fidelity.

This being peril of friendship. For, we have to bear in mind that the risk of being a friend, of calling someone a friend, is that one of the two will live to, will have to, watch the other die.

A moment that I had to face one morning whilst lying in bed — that I am, in many ways, still facing.

Tickets almost in hand to fly to Paris.

I receive a text message from a friend — a text bearing news which travelled from Paris to Leipzig, to Pretoria, finally landing in Singapore — a text from Tombie Rautenbach, carrying in it, with it, within it, a missive that read, that will always read, “Baudrillard is dead.”

A text that continues to write itself onto me;

never forgetting that writing, what is written, quite possibly always also causes us to writhe.

For, words are missiles that explode in your somatic being.

An explosion in me, into me, that has since been coming out of me.

Which is not to say that I know what it means, if it even means anything. In many ways, « removing meaning brings out the essential point: namely, that the image is more important than what it speaks about — just as language is more than what it signifies … But it must also remain alien to itself in some way. Not reflect itself as a medium, not take itself for an image. It must remain a fiction, a fable … »

Thus, so much more than painting a picture: where, by painting I also mean staining — adding a layer onto a medium, such that what is seen, what we call the painting, is what remains of the indistinguishable relationship between the canvas and the paint.

Where what we call a painting is what remains to wink at us — teasing us with the possibility that not only is it not what we think it is, say that it is, but, more radically, that, as Yves Klein might say, the painting is only the witness who saw what happened.

That, what we have named a painting quite possibility brings with it, bears, the secret name: ceci n’est pas une peinture.

Which is always an addition of something onto, a scratching into, a surface, but at the same time also what is scratched out of a material, from a medium. Where, what is read, what can be read, is perhaps what allows itself to be seen, to be glimpsed at — the remains of the skin which comes to us, the « simulacrum », as it were.

So perhaps, all one can say of him is: he writes what he writes.

And all I can say of me is: quod scripsi scripsi.

This is writing so he can disappear; writing his disappearance.

Not just writing his radical alterity.

But, writing as radical alterity.

And in writing on Jean, in writing his disappearance, what else can I do but smile …

with a bottle of gin, no less …

All the lines, words, thoughts, in guillemets are echoes of and from Jean Baudrillard.

This piece was first delivered as a talk at the 10th anniversary fête celebrating Baudrillard’s passing at the Salon d’honneur in Le Conservatoire national des arts et métiers at 2 Rue Conté.

With thanks, and much appreciation, to Marine Baudrillard and Diane S. Rubenstein for the kind invitation, warmth, and hospitality; and to François L’Yvonnet and Marc Guillaume for organising the session.

Jeremy Fernando reads, and writes; and is the Jean Baudrillard Fellow at The European Graduate School. He works in the intersections of literature, philosophy, and the media; and his, more than twenty, books include Reading Blindly, Living with Art, Why hasn’t JB already disappeared, Writing Death, in fidelity, Making up with JB, and resisting art. His writing has also been featured in magazines and journals such as Arte al Límite, Berfrois, CTheory, Cenobio, Full Bleed, positions, Qui Parle, TimeOut, VICE, and Voice & Verse Poetry Magazine, amongst others; and has been translated into the Brazilian Portuguese, French, German, Italian, Japanese, Spanish, and Serbian. Exploring other media has led him to film, music, and the visual arts; and his work has been exhibited in Seoul, Vienna, Hong Kong, and Singapore. He has been invited to perform a reading at the Akademie der Künste in Berlin in September 2016; and in November 2018, to deliver a series of performance-talks at the 4th edition of the Bienal de la Imagen en Movimiento in Buenos Aires. He is the general editor of both Delere Press and the thematic magazine One Imperative. 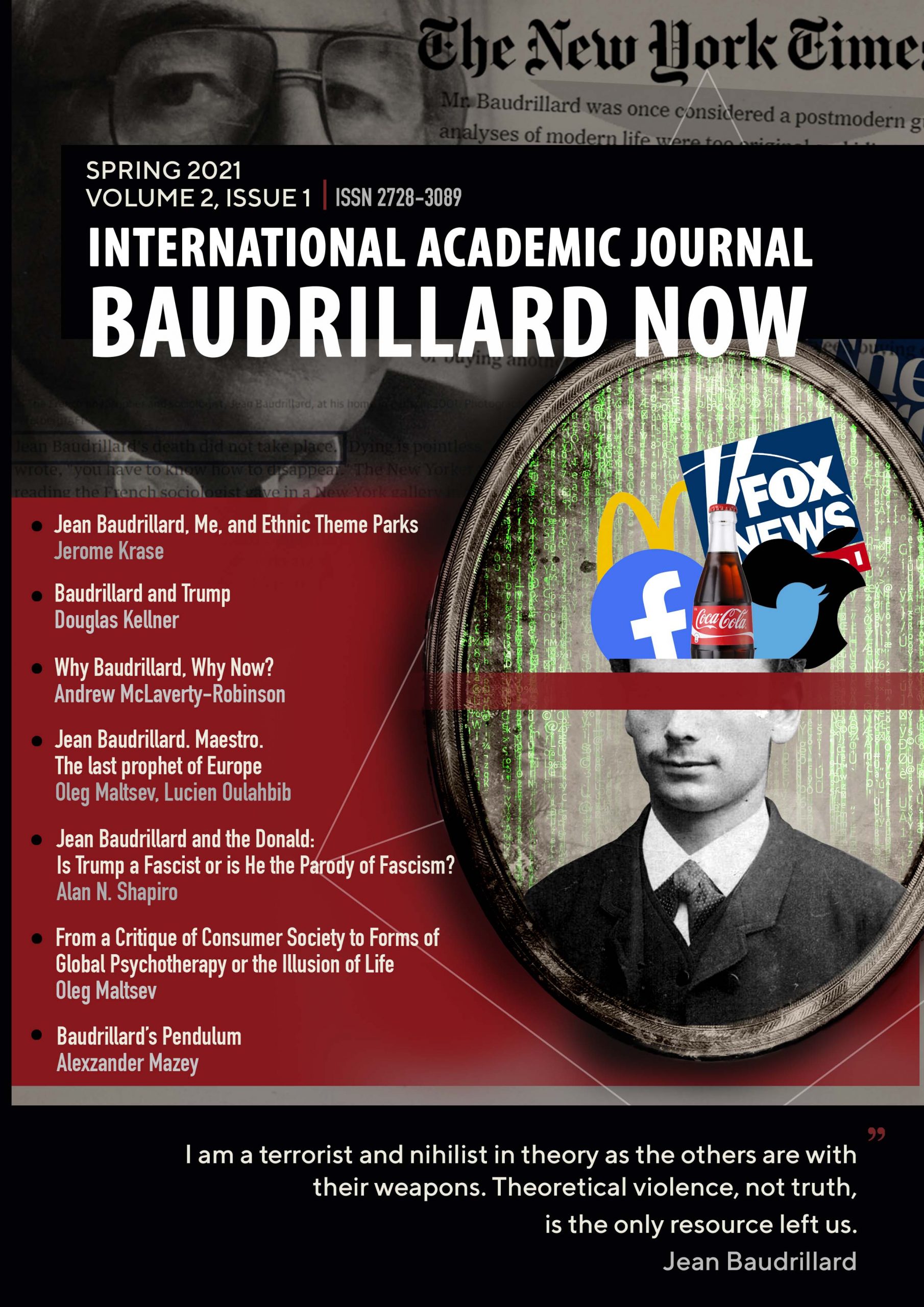 “I am a terrorist and nihilist in theory as the others are with their weapons. Theoretical violence, not truth, is the only resource left us.”